ATEasy is a test executive and a rapid application development framework for functional test, ATE, data acquisition, process control, and instrumentation systems. ATEasy provides all the necessary tools to develop, deploy and maintain software components - including instrument drivers, test programs, and user interfaces, as well as a complete and customizable test executive. It is designed to support and simplify ATE system applications with long product life cycles. With ATEasy, test applications are faster to generate and easier to maintain.

For OEM suppliers of test systems, ATEasy-Lite offers a cost-effective, full-featured, test executive and test development software suite that can be bundled with the supplier's ATE systems. ATEasy- Lite includes ATEasy’s test executive driver but only supports two non-OEM drivers. Additionally, ATEasy-Lite does not offer “.exe” file generation capability. Licensing is software based, with the OEM’s hardware providing the license key. Note that the OEM hardware must always be connected for use with this version of ATEasy. ATEasy-Lite can be upgraded to ATEasy with the purchase of an upgrade option.
To learn more about ATEasy click on the other ATEasy tabs/pages in this section or check out the Tutorials/Videos page. 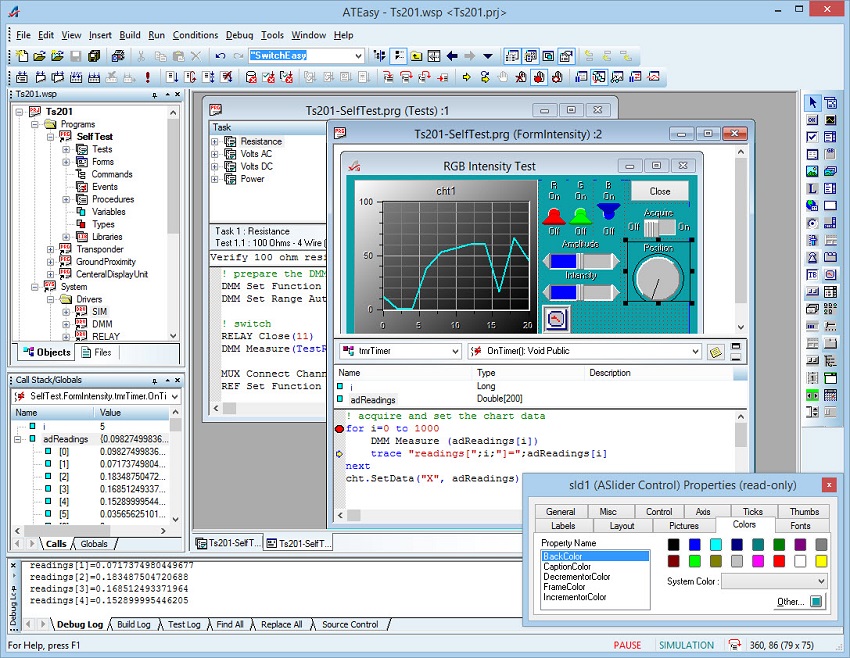 ATEasy provides the test engineer with a multitude of benefits, including:

ATEasy is provided with a royalty-free test executive that can be deployed on any number of test systems. Once the test executive is inserted to your project, your application has a complete test executive user interface that allows selecting and running a test program, debugging, viewing and printing test logs. Typically ATEasy tests are written with the ATEasy language however you can extend ATEasy's functionality and execute any external code or library including .NET assemblies, DLLs, LabWindows/CVi or function panels functions, LabView VIs and more. Plug-in modules can also be added to the test executive for added functionality. 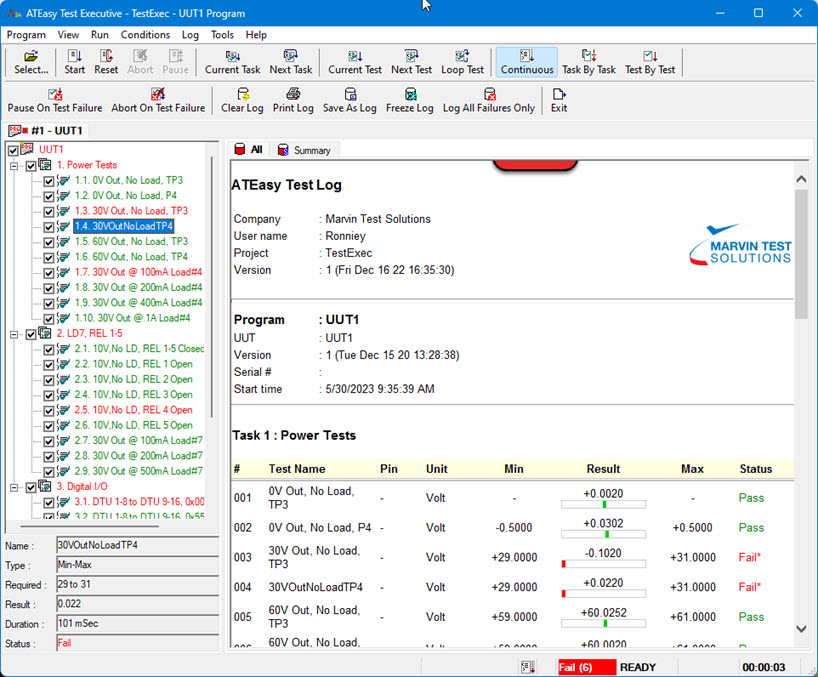 ATEasy's test executive architecture is easy to customize. Using the Customize window the user can change the test executive layout, menus, toolbars, touch panel interface, options and more. Programming commands can further extend this capability. Multiple users and user groups enhance customization and provide a way for the administrator to limit the test executive's features for certain users across the network.

A plug-in Profile module can be used by the test executive allowing the user to create, save and run test seqences. A Profile editor is provided to create the test sequence and set the actions between tests and tasks (group of tests) as required based on the test results.